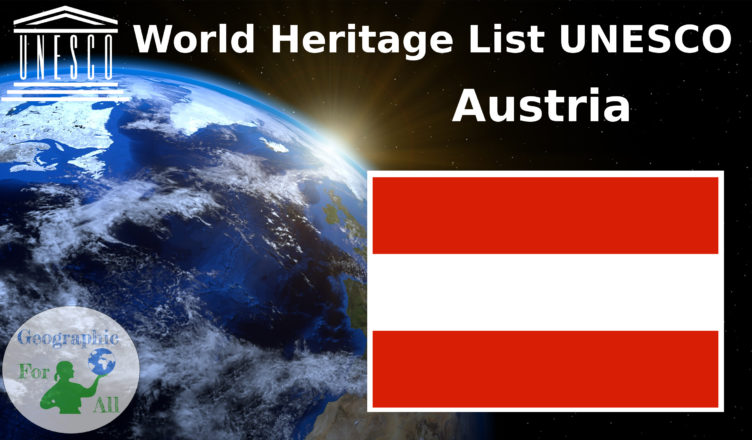 Salzburg has managed to preserve an extraordinarily rich urban fabric, developed over the period from the Middle Ages to the 19th century when it was a city-state ruled by a prince-archbishop. Its Flamboyant Gothic art attracted many craftsmen and artists before the city became even better known through the work of the Italian architects Vincenzo Scamozzi and Santini Solari, to whom the centre of Salzburg owes much of its Baroque appearance. This meeting-point of northern and southern Europe perhaps sparked the genius of Salzburg’s most famous son, Wolfgang Amadeus Mozart, whose name has been associated with the city ever since.

From the 18th century to 1918, Schönbrunn was the residence of the Habsburg emperors. It was designed by the architects Johann Bernhard Fischer von Erlach and Nicolaus Pacassi and is full of outstanding examples of decorative art. Together with its gardens, the site of the world’s first zoo in 1752, it is a remarkable Baroque ensemble and a perfect example of Gesamtkunstwerk

Human activity in the magnificent natural landscape of the Salzkammergut began in prehistoric times, with the salt deposits being exploited as early as the 2nd millennium BC. This resource formed the basis of the area’s prosperity up to the middle of the 20th century, a prosperity that is reflected in the fine architecture of the town of Hallstatt.

The bear witness to an exemplary model of the living heritage of a central European urban complex influenced by the secular presence of the Habsburgs and the cultural and artistic role played by the main aristocratic families. They are a harmonious blend of the architectural styles and artistic movements that have succeeded each other from the Middle Ages until the 18th century, from the many neighbouring regions of Central and Mediterranean Europe. They embody a diversified and highly comprehensive ensemble of architectural, decorative and landscape examples of these interchanges of influence.

The Wachau is a stretch of the Danube Valley between Melk and Krems, a landscape of high visual quality. It preserves in an intact and visible form many traces – in terms of architecture, (monasteries, castles, ruins), urban design, (towns and villages), and agricultural use, principally for the cultivation of vines – of its evolution since prehistoric times.

Vienna developed from early Celtic and Roman settlements into a Medieval and Baroque city, the capital of the Austro-Hungarian Empire. It played an essential role as a leading European music centre, from the great age of Viennese Classicism through the early part of the 20th century. The historic centre of Vienna is rich in architectural ensembles, including Baroque castles and gardens, as well as the late-19th-century Ringstrasse lined with grand buildings, monuments and parks.

The Fertö/Neusiedler Lake area has been the meeting place of different cultures for eight millennia. This is graphically demonstrated by its varied landscape, the result of an evolutionary symbiosis between human activity and the physical environment. The remarkable rural architecture of the villages surrounding the lake and several 18th- and 19th-century palaces adds to the area’s considerable cultural interest.

This transboundary property stretches over 12 countries. Since the end of the last Ice Age, European Beech spread from a few isolated refuge areas in the Alps, Carpathians, Dinarides, Mediterranean and Pyrenees over a short period of a few thousand years in a process that is still ongoing. The successful expansion across a whole continent is related to the tree’s adaptability and tolerance of different climatic, geographical and physical conditions.

This serial property of 111 small individual sites encompasses the remains of prehistoric pile-dwelling (or stilt house) settlements in and around the Alps built from around 5000 to 500 B.C. on the edges of lakes, rivers or wetlands. Excavations, only conducted in some of the sites, have yielded evidence that provides insight into life in prehistoric times during the Neolithic and Bronze Age in Alpine Europe and the way communities interacted with their environment. Fifty-six of the sites are located in Switzerland. The settlements are a unique group of exceptionally well-preserved and culturally rich archaeological sites, which constitute one of the most important sources for the study of early agrarian societies in the region.