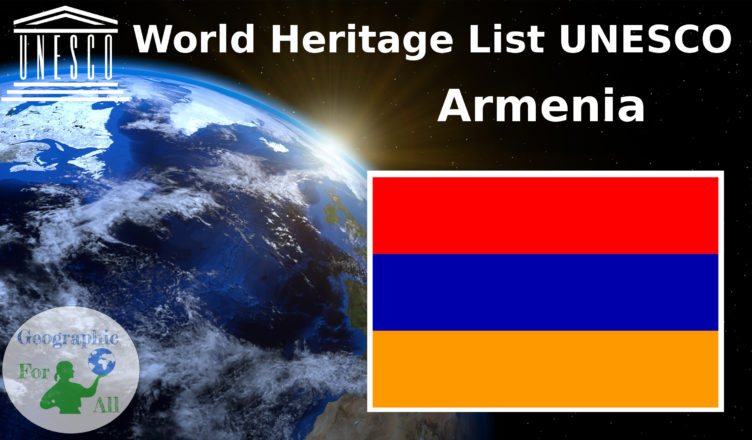 These two Byzantine monasteries in the Tumanian region from the period of prosperity during the Kiurikian dynasty (10th to 13th century) were important centres of learning. Sanahin was renown for its school of illuminators and calligraphers. The two monastic complexes represent the highest flowering of Armenian religious architecture, whose unique style developed from a blending of elements of Byzantine ecclesiastical architecture and the traditional vernacular architecture of the Caucasian region.

The cathedral and churches of Echmiatsin and the archaeological remains at Zvartnots graphically illustrate the evolution and development of the Armenian central-domed cross-hall type of church, which exerted a profound influence on architectural and artistic development in the region.

The monastery of Geghard contains a number of churches and tombs, most of them cut into the rock, which illustrate the very peak of Armenian medieval architecture. The complex of medieval buildings is set into a landscape of great natural beauty, surrounded by towering cliffs at the entrance to the Azat Valley.