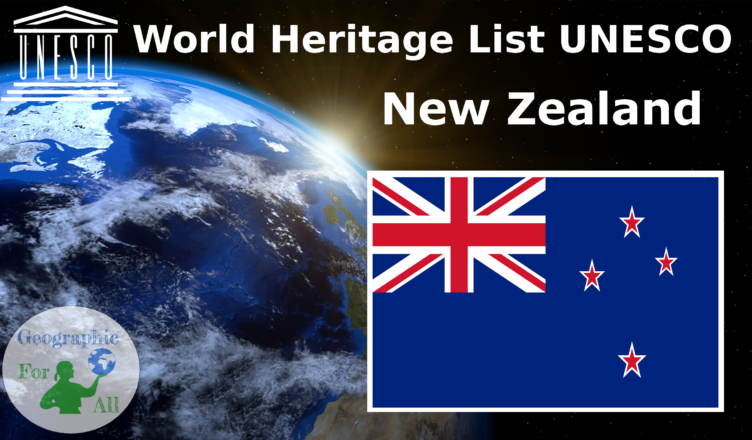 The landscape in this park, situated in south-west New Zealand, has been shaped by successive glaciations into fjords, rocky coasts, towering cliffs, lakes and waterfalls. Two-thirds of the park is covered with southern beech and podocarps, some of which are over 800 years old. The kea, the only alpine parrot in the world, lives in the park, as does the rare and endangered takahe, a large flightless bird.

In 1993 Tongariro became the first property to be inscribed on the World Heritage List under the revised criteria describing cultural landscapes. The mountains at the heart of the park have cultural and religious significance for the Maori people and symbolize the spiritual links between this community and its environment. The park has active and extinct volcanoes, a diverse range of ecosystems and some spectacular landscapes.

The consist of five island groups (the Snares, Bounty Islands, Antipodes Islands, Auckland Islands and Campbell Island) in the Southern Ocean south-east of New Zealand. The islands, lying between the Antarctic and Subtropical Convergences and the seas, have a high level of productivity, biodiversity, wildlife population densities and endemism among birds, plants and invertebrates. They are particularly notable for the large number and diversity of pelagic seabirds and penguins that nest there.
Nie ma takiej reklamy 🙁
There are 126 bird species in total, including 40 seabirds of which five breed nowhere else in the world.