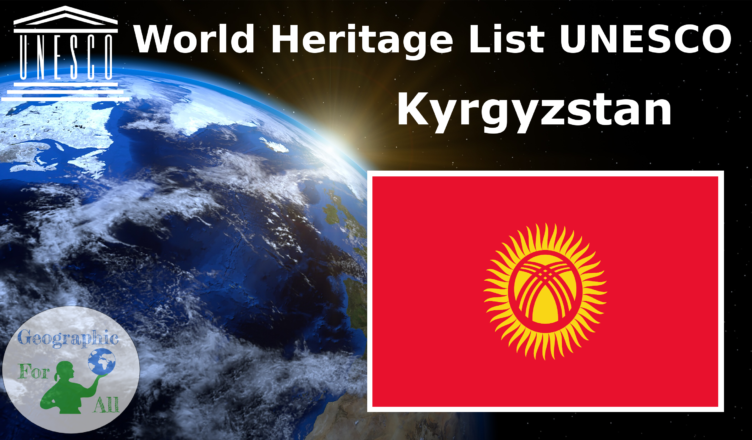 Kyrgyzstan dominates the Fergana Valley and forms the backdrop to the city of Osh, at the crossroads of important routes on the Central Asian Silk Roads. For more than one and a half millennia, Sulaiman was a beacon for travellers revered as a sacred mountain. Its five peaks and slopes contain numerous ancient places of worship and caves with petroglyphs as well as two largely reconstructed 16th century mosques. One hundred and one sites with petroglyphs representing humans and animals as well as geometrical forms have been indexed in the property so far. The site numbers 17 places of worship, which are still in use, and many that are not. Dispersed around the mountain peaks they are connected by footpaths. The cult sites are believed to provide cures for barrenness, headaches, and back pain and give the blessing of longevity. Veneration for the mountain blends pre-Islamic and Islamic beliefs. The site is believed to represent the most complete example of a sacred mountain anywhere in Central Asia, worshipped over several millennia.

This property is a 5,000km section of the extensive Silk Roads network, stretching from Chang’an/Luoyang, the central capital of China in the Han and Tang dynasties, to the Zhetysu region of Central Asia.
Nie ma takiej reklamy 🙁
It took shape between the 2nd century BC and 1st century AD and remained in use until the 16th century, linking multiple civilizations and facilitating far-reaching exchanges of activities in trade, religious beliefs, scientific knowledge, technological innovation, cultural practices and the arts. The thirty-three components included in the routes network include capital cities and palace complexes of various empires and Khan kingdoms, trading settlements, Buddhist cave temples, ancient paths, posthouses, passes, beacon towers, sections of The Great Wall, fortifications, tombs and religious buildings.

The transnational property is located in the Tien-Shan mountain system, one of the largest mountain ranges in the world. ranges in altitude from 700 to 4,503 m. It features diverse landscapes, which are home to exceptionally rich biodiversity. It is of global importance as a centre of origin for a number of cultivated fruit crops and is home to a great diversity of forest types and unique plant community associations.