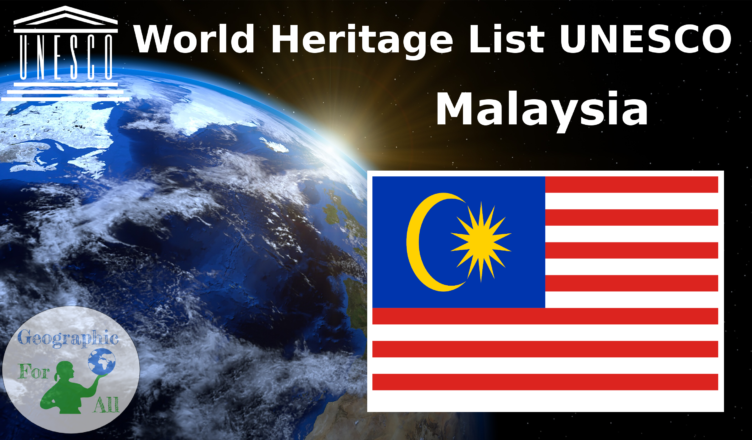 Important both for its high biodiversity and for its karst features, , on the island of Borneo in the State of Sarawak, is the most studied tropical karst area in the world. The 52,864-ha park contains seventeen vegetation zones, exhibiting some 3,500 species of vascular plants. Its palm species are exceptionally rich, with 109 species in twenty genera noted. The park is dominated by Gunung Mulu, a 2,377 m-high sandstone pinnacle. At least 295 km of explored caves provide a spectacular sight and are home to millions of cave swiftlets and bats. The Sarawak Chamber, 600 m by 415 m and 80 m high, is the largest known cave chamber in the world.

, in the State of Sabah on the northern end of the island of Borneo, is dominated by Mount Kinabalu (4,095 m), the highest mountain between the Himalayas and New Guinea. It has a very wide range of habitats, from rich tropical lowland and hill rainforest to tropical mountain forest, sub-alpine forest and scrub on the higher elevations. It has been designated as a Centre of Plant Diversity for Southeast Asia and is exceptionally rich in species with examples of flora from the Himalayas, China, Australia, Malaysia, as well as pan-tropical flora.

1223 Melaka and George Town, Historic Cities of the Straits of Malacca – 2008

Melaka and George Town, historic cities of the Straits of Malacca have developed over 500 years of trading and cultural exchanges between East and West in the Straits of Malacca. The influences of Asia and Europe have endowed the towns with a specific multicultural heritage that is both tangible and intangible. With its government buildings, churches, squares and fortifications, Melaka demonstrates the early stages of this history originating in the 15th-century Malay sultanate and the Portuguese and Dutch periods beginning in the early 16th century. Featuring residential and commercial buildings, George Town represents the British era from the end of the 18th century. The two towns constitute a unique architectural and cultural townscape without parallel anywhere in East and Southeast Asia.

1396 Archaeological Heritage of the Lenggong Valley – 2012

Situated in the lush Lenggong Valley, the property includes four archaeological sites in two clusters which span close to 2 million years, one of the longest records of early man in a single locality, and the oldest outside the African continent. It features open-air and cave sites with Palaeolithic tool workshops, evidence of early technology. The number of sites found in the relatively contained area suggests the presence of a fairly large, semi-sedentary population with cultural remains from the Palaeolithic, Neolithic and Metal ages.