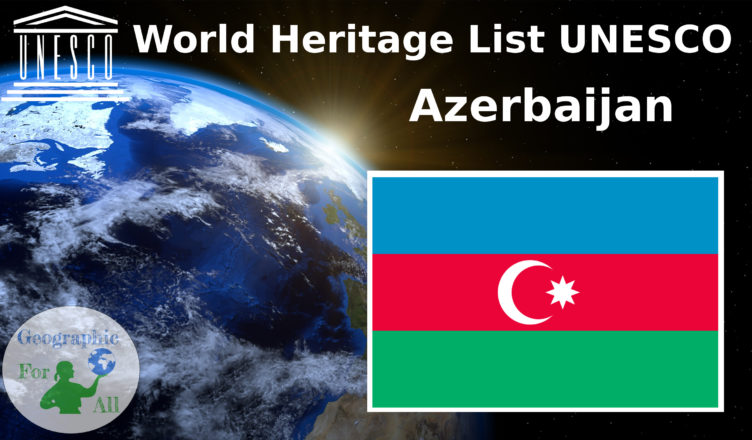 Built on a site inhabited since the Palaeolithic period, the Walled City of Baku reveals evidence of Zoroastrian, Sasanian, Arabic, Persian, Shirvani, Ottoman, and Russian presence in cultural continuity. The Inner City (Icheri Sheher) has preserved much of its 12th-century defensive walls. The 12th-century Maiden Tower (Giz Galasy) is built over earlier structures dating from the 7th to 6th centuries BC, and the 15th-century Shirvanshahs’ Palace is one of the pearls of Azerbaijan’s architecture.

Gobustan Rock Art Cultural Landscape covers three areas of a plateau of rocky boulders rising out of the semi-desert of central Azerbaijan, with an outstanding collection of more than 6,000 rock engravings bearing testimony to 40,000 years of rock art. The site also features the remains of inhabited caves, settlements and burials, all reflecting an intensive human use by the inhabitants of the area during the wet period that followed the last Ice Age, from the Upper Paleolithic to the Middle Ages. The site, which covers an area of 537 ha, is part of the larger protected Gobustan Reservation.

The historic city of Sheki is located at the foot of the Greater Caucasus Mountains and divided in two by the Gurjana River. While the older northern part is built on the mountain, its southern part extends into the river valley. Its historic centre, rebuilt after the destruction of an earlier town by mudflows in the 18th century, is characterized by a traditional architectural ensemble of houses with high gabled roofs. Located along important historic trade routes, the city’s architecture is influenced by Safavid, Qadjar and Russian building traditions. The Khan Palace, in the northeast of the city, and a number of merchant houses reflect the wealth generated by silkworm breeding and the trade in silk cocoons from the late 18th to the 19th centuries.