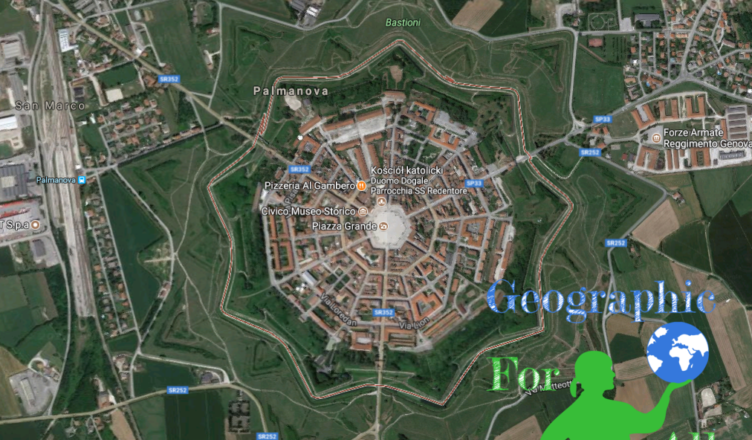 In the first part, I wrote about ancient and medieval cities, which you can read about here:  History of urbanization development part. 1

Cities in the Renaissance had to be better defended. And that’s how two Italian plans of the Renaissance city were created. An example of one was Palma Nova. It had one central market on the hexagon plan. Circular and radial streets departed from him. The city was surrounded by walls with bastions, and the outline was more round.

The second example is Zamość, which was founded 13 years earlier than Palma Nova. The street layout has been preserved checkerboard , embedded in the almost regular regular pentagon. The Zamojski residence was located in the western part, occupying about 1/3 of the city area. The main observation axis headed towards the main bastion at the intersection of the Main Square. Zamosc also had two smaller markets – Solny and Wodny, located on the city axis on both sides of the main square.

So much European style. But colonial cities were founded far away and had their own ideas. The checkerboard layout of streets with the market was preserved, but the farther from the market the larger quarters were . Just outside the walls gardens and arable fields were established. The differences with the Old Continent can be recognized even by architectural details, e.g. window and door trim. Buenos Aires and Lima are examples of such colonial cities.

The Renaissance was followed by a baroque that lasted in the 16th and 17th centuries. The buildings began to be more impressive, extensive and representative. greenery has also been introduced in the form of squares and parks. The ancient public idea of fountains was returned to squares, e.g. St. Peter’s in Rome.
During this period, among others, Białystok of Branicki’s family, Rydzyna, Versailles, Washington, Sant Petersburg / Leningrad, and partly Warsaw.

After the outbreak of the Industrial Revolution in the second half of the 18th century, cities were founded like mushrooms after the rain. New districts were created around Silesia in Western Europe around the plant. Each had a different layout, but the low standard of housing was common. Today, these cities lose their industrial character and more greenery appears there.

Urban planners have created several different concepts of how a city is to be created or developed. Here are the most popular: